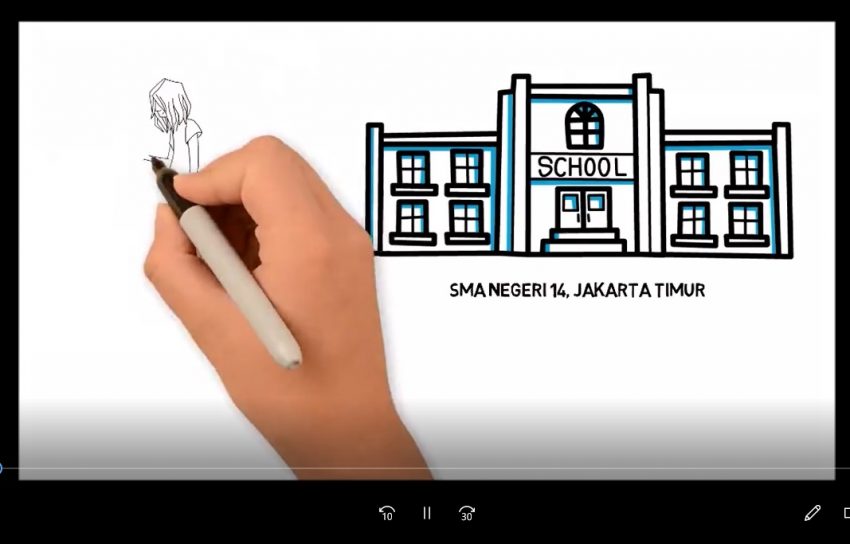 This was probably one of my most fun projects that I worked on. The client was an insurance agent of one of the local Indonesian Life Insurance companies. He grew up poor and graduated high school with the lowest score in his year. But he made himself into a millionaire by selling life insurance within only 3 years. The life insurance itself has a unique marketing and compensation plan that is similar to a multi-level marketing scheme. This causes their agents to have easier success as every tier in their network contributes to their own commission. It was a fantastic experience working with them.

I wrote the script of the video on my own. I even added the voice over myself. I had watched my client’s videos and attended a couple of his agent meetings. Then I created a story that would be presented in a whiteboard animation video. The most time consuming part was really creating an interesting story line and the plot, and at the same time offers a clear and concise explanation about the business. Once I had that ready, it was getting easier with the technicalities of creating the animation.

The story itself has two parts. The first part was to introduce the client: who he was, his background, his past failures, his turning point and eventually his success. The second part explains how he became successful, and how the business played an important role in this success. The script of the second part was the hardest to write. I had to present a complicated business plain within 5 minutes in the most simple way possible for the average Indonesian viewers to understand. The goal of the video was to recruit new agents who would themselves buy the life insurance product as well.

I started working on this in May 2017 and finished early June 2017. The video is about 9 minutes 26 seconds long and 16MB large. I even created a lower resolution version of 6MB only, for his team to be able to spread the video through WhatsApp.