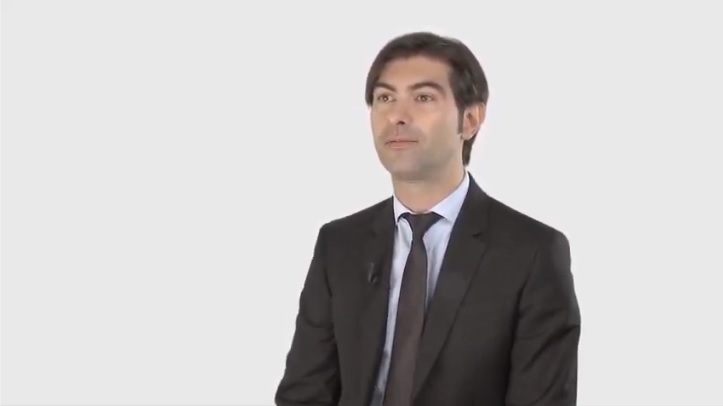 The following is an article I wrote for the Indonesian fashion magazine REGISTRY. It is based on my interview with Nicola Bertazzoni, Vice President of Bertazzoni La Germania. It was published in the April 2014 issue.

Speaking of Bertazzoni luxury high-end cooking appliances, is speaking of an exceptional achievement of an Italian family over a time span of more than 130 years. After the conception of the business in 1882 and 6 generations later, Bertazzoni cooking appliances is the oldest business today that is still operated under the control of the same founding family. Family pride, and excellence in product quality, is the trademark of the brand. Nicola Bertazzoni is the perfect personification of that pride.

Bertazzoni has a long history of being a cooking appliances specialist. It was born from a value of the area in Italy where the family came from, Emilia Romagna. It is an area where two great traditions live side by side and are combined in the products of Bertazzoni – culinary craft and engineering skills.

It has been a family tradition to expect a high standard in both passion for the endeavor and in managerial excellence. The young Bertazzoni reminisced, “My father always said that first of all one had to want it, and second, you have to deserve it.” Bearing the same family name was never a guarantee that one would be involved in the family business as they want. Many of the Bertazzoni family members are passionate to join but are yet to prove themselves and earn their position in the company. The high standard demand for passion and excellence is so crucial for the Bertazzoni’s, that in the end, the business has stayed within the same family since the beginning until today.

The fact that sixth generation heir, Nicola Bertazzoni, is now leading the business, speaks for itself – he has deserved his position. “There is -of course- a lot of sense of family pride involved, as well as great sense of ownership, if the business stays in the family,” says the young Bertazzoni, “however, we like to keep it as separate from the business as possible.” Every family member has its own role in the company, and much is expected of them as a paid worker is expected to perform exceptionally, regardless of the family loyalty that is shown.

Nicola Bertazzoni proved himself as deserving of a leading position in the company, having achieved a Masters degree in mechanical engineering, and built a career in automotive with General Motors. He excelled and yet when enough work experience was there to climb up the ladder of leadership in the automotive world, Bertazzoni still chose to join and inherit the family business. “It was my goal since the beginning of my career,” he said, “I always knew I would join, but I needed to develop myself and grow outside the family business and away from family support, to earn a position with them.”

Impressed with how Nicola was rising in his automotive career, his father took advantage of the exciting new changes that took place in the company and proudly offered a leading position to his son, to which he immediately said yes. When asked if he would ever change his decision if he could go back in time, the young Bertazzoni gave me a firm, “No”. “The automotive world was very challenging, as it is a highly competitive environment that demands a high profile performance in terms of management skills,” he explains, “I learned a lot there.” Yet, although cars is a passion and will always be a passion, he decided to keep it as it is.

Switching his niche from automotive to cooking appliances was not much of a change. Automotive in some ways is very similar to cooking appliances: both are technical products, both need to perform well, both need to look good, and both have industrial volumes. There are not that many industries that have such characteristics that apply to both automotive and appliances. It was planned out perfectly by Nicola Bertazzoni to start his career in automotive, since it was his goal from the beginning to eventually end up in his family’s business. Now that he is one of the leading figure of Bertazzoni Cooking Appliances, the company is heading towards his dream to make it the number one specialist producer of cooking appliances in the world.

Interestingly, long before he was in the automotive business, Nicola Bertazzoni poured out his passion in a musical band, playing the guitar, and getting himself involved in the management of his band. Although as a student, it looked as though it would be a lucrative endeavor for him to pursue, his father’s passion for the business, and the family pride over the brand, inspired him to continue on the legacy of the six generation, to one day pass it on to his children and the future generations of Bertazzoni.