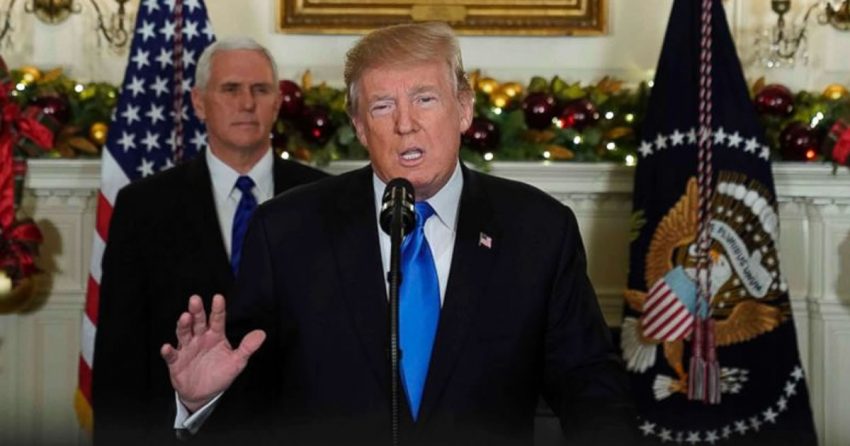 Indonesian journalists have been contacting me to ask me of my opinion regarding recent news about Trump. He has announced a while ago that he acknowledges Jerusalem as the capital of Israel and will therefore move the US embassy from Tel Aviv to Jerusalem. Foreign Minister of Indonesia, Retno, responded harshly towards the news and the media wanted to know what I thought about all this.

Here was my reply:

It’s not for Israel’s good that a leader of another nation acknowledges Jerusalem as the capital of Israel. It has always been the capital whether people acknowledge it or not. It’s really for the sake of other nations, that they should do teshuva and come out of their denial.

Don’t thank Trump for the recognition. Rather, wish him a mazal tov, cause he just started to lead the world out of denial. Jerusalem was, has been and will always be the Israeli capital. Israel is the one nation that has the right to choose which city is its capital. It chose Jerusalem long ago. It is time for the world to come out of that denial. Their denying it will not change the fact that it is Israel’s capital.

Moreover, it only takes one loud voice singing through the darkness of night, and before you realize it, there will be more than just one voice singing along. And then the day will break. Moshiach will come. And the whole world will live in peace. What a beautiful early Hanukkah gift.