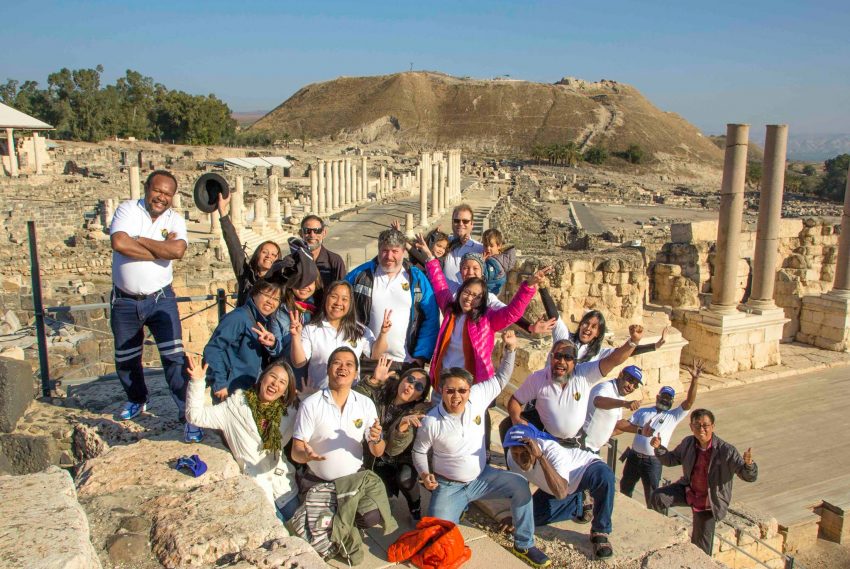 Every year, BESTour would bring tourists from all over the world to tour the holy land with a renown rabbi, Rabbi Tovia Singer, from New York. The team needed a website to both promote the tour every year, and also to be able to accept bookings and down payment through the site. The full payment would then be done through wire bank transfer. The homepage would change every year to promote the coming tour, with new tourist attractions, new tour guide and new theme.

The website was built using WordPress. Interested participants would be able to book their seat using Woo-commerce plugin. After booking, they would be directed to a page where they can download the registration form, and terms and condition. It is only after they made down payment and sent back the signed form and T&C that the booking will be valid. It would take maximum 3 x 24 hours for their booking to be approved. Booking status could be checked under My Account

It was especially fun and a privilege to work on this project, because I got to also join the team and travel to the Holy Land. That was the deal payment arrangement of the project. I was in charge of setting up the website and manage it for the entire year until the next tour. I was also the tour organizer, contacting tour agents in Israel, managing the tourist during the tour, and work with the local tour leader in Israel to ensure a successful pilgrimage.

Many of the earlier groups were from South East Asia, particularly Indonesia. Later on, more and more participants would come from the United States and Europe. It was especially life-changing because you get to learn so much. Not only about modern Israel as you can experience it today, but also about its biblical history, which was so beautifully explained by the Rabbi and teacher of the group.

The tour itself was a Jewish tour. Participants would be taken to experience the footprints of the Jewish prophets, and the great sages of all times. Both the teacher, Rabbi Tovia Singer, and the amazing tour guide, Yehuda Ashkenazi, were a fantastic duo, explaining both the biblical history and the modern history of Israel. Rabbi Tovia Singer would also give a lot of time to study the Jewish bible after dinner.

The website was installed on the domain www.bestour.org in 2014 but was unfortunately taken down in January 2019, because the project stopped. The team working on the tour were becoming more and more busy with other projects on their own. Meanwhile, Rabbi Tovia Singer continues to lead groups of people to Israel with other tour operators of similar theme.