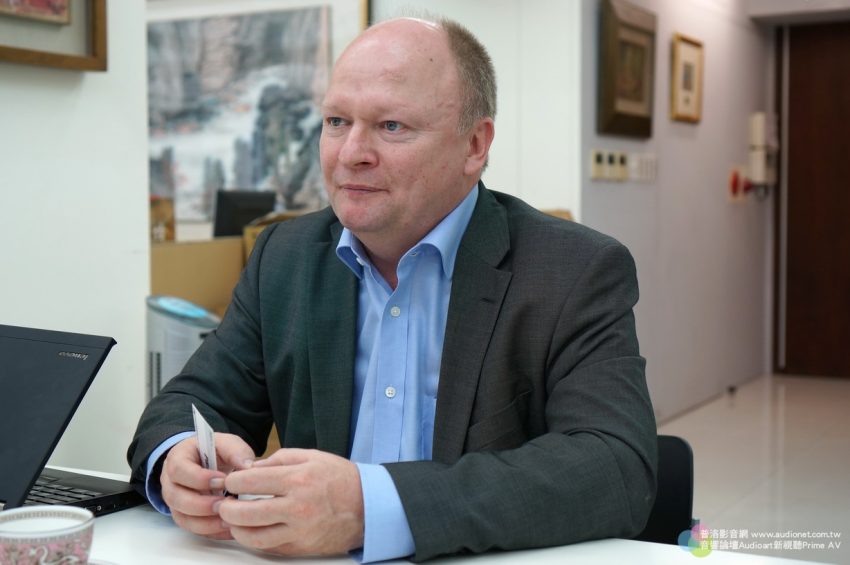 The following is an article I wrote for the Indonesian fashion magazine REGISTRY. It is based on my interview with Anker Haldan, then International Sales Manager of Dynaudio. It was published in the April 2014 issue.

Dynaudio is a Danish high-end loudspeaker maker, founded in 1977 by Danish engineer Ejvind Skaaning and Germany’s Gerhard Richter. At the time, the Dynaudio founders dedicated all their resources to develop sound system and loudspeakers technology that would transmit music and sound in the purest  quality of a live performance. It all started with the engineers, being young, passionate in music, and sound engineers themselves, who understood how music should sound and were not satisfied with the quality of the sound system back in the 1970’s. It is at this point that they decided they had to create new innovation and technology to make it better.

In the long run, they did. According to Anker Haldan, International Sales Manager, Dynaudio is now recognized as the best sound and audio system manufacturer, as 50 percent of all the music being recorded all over the world today is recorded in studios using Dynaudio system. Professionals in the music industry prefer Dynaudio recording system and loudspeakers, as the music it produces is as pure and has exactly the same quality as when one hears it in a live performance. Thus reducing the sound editing process in the production and sometimes even eliminating it all together.

Prior to the establishment of the company, the duo founders developed loudspeaker technology together with Meir Mordechai, the founder of Morel, one of Israel’s most profound loudspeaker manufacturer of today. According to Claus Futtrup, who was the Research and Development engineer of Dynaudio from 1997-2006, the trio established a European-Israeli loudspeaker manufacturer during those two years, with manufacturing facilities located in Israel. This was before the partnership broke up which later gave birth to Dynaudio. Meir Mordechai himself continued on with Morel in Israel until today.

In the late 1970’s Dynaudio duo started another partnership with Wilfried Ehrenholz, an engineer who brought the artistic designer oriented boxes into the loudspeaker industry, replacing the product line of classically shaped square boxes. Later, Ehrenholz would then pay for a share in the company. The German engineer of the original duo, Gerhard Richter, decided to sell his share to Wilfried Ehrenholz in the early 1990’s. Until October 2014, Ehrenholz was a majority shareholder of the company before GoerTek – a consumer electronics company based in China – acquired it. Today, Wilfried Ehrenholz is a minority shareholder and Vice Chairman of Dynaudio.

Apart from the interesting history of the company, today, Dynaudio is one of the world wide leading manufacturer of high-end and quality loudspeakers to the hi-fi market, as well as the automobile industry, and the professional market. It offers handmade speakers created by passionate music lovers and sound engineers. The medium sized Danish company has now over 10,000 recording studios, 250 employees, and – as it was recently acquired by China’s GoerTek – has 37,000 Chinese colleagues, according to a report by Danish-Chinese Business Forum.

Currently, Dynaudio is highly investing in the Research and Development department to increase their product portfolio and broaden their product range. Their target is to create more convenient products such as wireless loudspeakers, and products that are built-in in walls. This is how Dynaudio believes the real growth will come, namely by expanding their product catalog, as pointed out by Anker Haldan. So far, Dynaudio has been focusing on home audio system, car audio, and professional music studios such as recording studios and broadcasting studios. Pre-installed Dynaudio car audio system can be found in some of the European cars such as Volkswagen. However, by adding more variety of products, within 5 years, Dynaudio sees itself as the number one audio manufacturer of high-end and high-quality hi-fi products. In addition, to reach this goal, International Marketing Manager, Anker Haldan, points out that new marketing strategies are being implemented in several markets such as Australia which will open up new businesses in the country; new deals with new distributors have also promising opportunities; and entering the lifestyle segment instead of staying in the audio segment is also another strategy to grow the business. Today, Dynadio is present in 60 countries including the following countries in Asia: Indonesia, Malaysia, Singapore, the Philippines, Japan, Korea, Taiwan, Hong Kong and its biggest market in China, where they have their own sales organization.

Dynaudio itself was first introduced into Indonesia about 5 years ago through sole distributor MDI Audio, focusing on home audio system and car audio system for newly bought Volkswagen to be installed on request. As Dynaudio first introduced its new range of convenient products, such as wireless speakers, it was this market in Indonesia that first absorbed the products the fastest. The company provides an 8-year warranty for its products, a proof that each element will last longer and perform better. Even after 8 years of product launch, spare parts of the products will still be provided up to 20 years.